At Widen, we consider ourselves digital asset management (DAM) experts. But here’s the thing…we like all kinds of dams! And for good reason. Not only can they be simply awe-inspiring feats of engineering, but they also provide a range of economic, environmental, and social benefits; including recreation, flood control, water management, drinking water, hydroelectric power, and river transportation.

Here is a list of our top eight dams of all time. Photo by Olivier Collet on Unsplash
With a height of 531 feet, this dam is as tall as a 53-story building. It includes 10 enormous steps — called the giant’s staircase — and the world’s largest underground generating station. Photo by Patrick Untersee on Unsplash
In the opening scene of the 1995 film “GoldenEye,” a James Bond stuntman jumps from this dam into the Verzasca River below. It has since become a popular site for bungee jumping. Credit: USGS
The location of this dam — called “the crossing” by early Arizona pioneers — was where Native Americans, farmers, and ranchers would ford the Salt River. Upon the dedication of the dam, former President Theodore Roosevelt said, “You could not have done anything which would have pleased and touched me more than to name this great dam, this reservoir site, after me, and I thank you from my heart for having done so.”

Credit: US Army Corps of Engineers
The Fort Peck Dam was President Franklin Roosevelt's largest public works project, giving jobs to over 10,000 people. It creates Fort Peck Lake, which is the fifth-largest man-made lake in the United States with more shoreline than the California coast. It's also the largest man-made hydraulic dam in the world.

Where: DVD (or a streaming service)

Photo by Cédric Dhaenens on Unsplash
This dam is an American icon! With enough concrete to pave a road stretching from San Francisco to New York City, its construction involved over 21,000 workers. It offers amazing views across the Black Canyon and attracts nearly a million tourists each year.

Credit: Parks of Canada
Over the past several decades, beavers in the Wood Buffalo National Park of Canada have used mud, branches, stones, twigs, and grass to build a dam that's so large it can be seen in satellite imagery. At nearly half-mile long, it forms ponds and moats that protect the beavers from predators like wolves and bears. Of course we had to put ourselves on the list! After all, the Widen Collective® is engineered to be an award-winning DAM solution, it helps global brands around the world save energy through workflow efficiencies, and attracts millions of visitors every year.

Note: This article was originally published in June 2013 and has been updated to include new dam photos and facts. 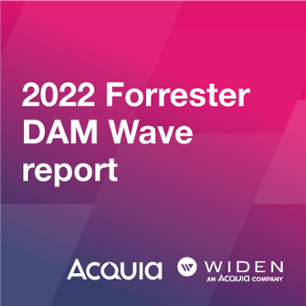 Widen, an Acquia company, named a Leader in the 2022 Forrester DAM Wave report