You can have my last roll of Kodachrome, Paul Simon.

The recent  announcement that Kodak will no longer manufacture the once-popular Kodachrome film has a lot of film purists hanging their heads. Not that everyone didn't see this coming. Digital cameras have outsold film cameras beginning in 1994. Today, you will have to look real hard to find any film cameras on the shelves of most stores. They may be slightly easier to find at camera stores that cater to professionals such as B&H or Calumet, but try to find a film camera at Best Buy or Target. They are over there, next to the bulky tube TVs and VCRs. History will show that the first decade of this millennium was when digital went from just a cool technology to the accepted standard in image capture. Although digital photography has been in use commercially for over 20 years, the last ten years have seen incredible advances, both in terms of function and quality. Photo journalists were first to adopt, followed by studios, and then consumers. There will always be those that believe film is superior to digital. And for certain situations like fine art, it may be true. It's the same reason some people prefer the natural sound of vinyl records over CDs or MP3s. Truth be told, there is a certain look of film like Kodachrome that can be difficult to duplicate with digital photography. Although with the right post processing in Photoshop you can come close. To me, Film vs. digital is like learning how to do long division with a pencil on paper (film) instead of simply using a calculator (digital). You can arrive at the same number with both methods, but one requires a lot more work.

As for me, I love digital photography and am not looking back, even for a second. The concept of immediately seeing how your shot turned out has alone made the transition to digital worth it. Then there is the fact that you can shoot a seemingly unlimited number of shots, trying different exposures, techniques, poses, etc. without having to worry about how much film you have left. And let's not forget that if you provide color retouching or premedia services, you have eliminated a number of color reproduction variables from your process. With digital photography there is no film processing and scanning. Two steps that can drastically alter the color before it even makes it on to your computer display. I know, because I used to scan plenty of Kodachrome transparencies with all their vibrant hues back in the day of the drum scanner.

Okay, so the points I just made in the film vs. digital debate have all been made many times before. And now that Paul Simon's mama took his Kodachrome  away, (as made famous in his song of the same name, where he sings, "Mama don't take my Kodachrome away..."), it got me thinking as to other recording artists and the doomed technology they didn't want to do without...

So you see, many recording artists aren't so cutting edge after all. You can still have my Kodachrome, Paul Simon... And tell Art Garfunkel he can have my Ektachrome too. 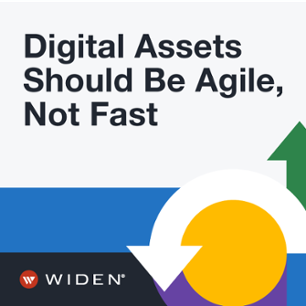